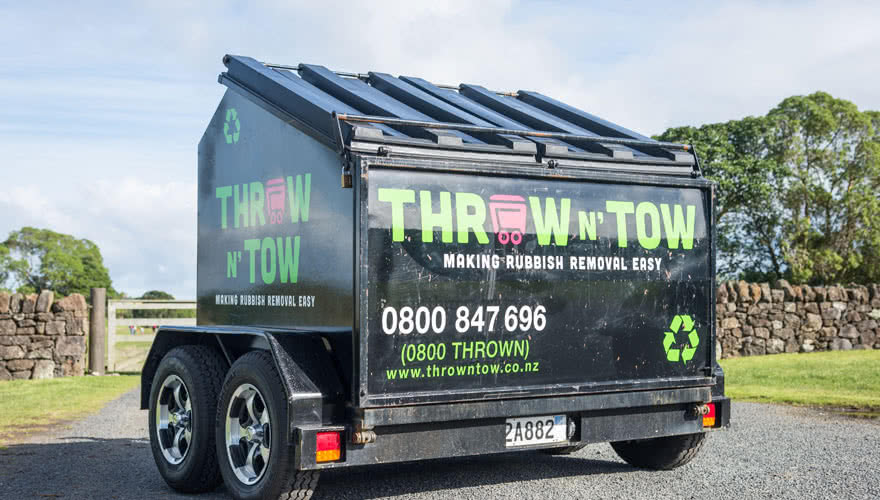 “Throw 'n' Tow is my go-to when either doing a big clean up or in a recent case, a big move. Fantastic service, big bin, takes all the pain out of getting rid of your junk. Highly recommend. Thanks team!!”Angela N., Auckland 5 Star Review

Priding ourselves on good old-fashioned service

Throw n’ Tow was established in 2016 by Paul Lofroth.  Paul has a background in a variety of industries having been a diesel mechanic, worked at NZ Steel for a number of years both in plant based operations and IT roles, managed various companies and has worked in the ready mixed concrete industry.

Paul’s goal is to provide a rubbish removal solution to people who have difficulty using the conventional truck mounted bins or just want a better service.

Paul’s personal approach and willingness to find a solution for each customer is the reason he has so many happy clients.

Paul will drop off the bin, park it where you want and then return to collect it once the bin is full. Need a hand to load it, then just ask as Paul can assist with that too.

They are very maneuverable
They can fit in to areas that a conventional truck mounted bin cannot get such as narrow and/or twisty driveways, areas where low overhangs are present such as trees, etc,
They can fit in to underground carparks such as apartment buildings
They have lids so are therefore lockable (keeps the neighbours out)
They don’t leave big rusty marks on concrete driveways like conventional bins can